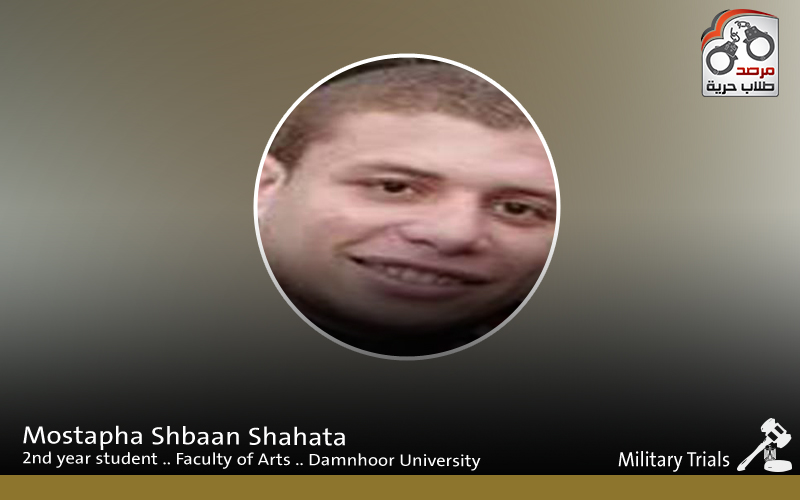 Military Court decided to postpone the consideration of the case in which accused, “Mostafa Shaaban” 2nd year student at the Faculty of Arts – University of Damanhur to Wednesday, 12.30.2015  on charges placed three explosive devices in a high tower pressure near  6 international road direction Alexandria .
Recalling that the student has been arrested arbitrarily against the law without a warrant or permission from a court reasoned from the streets on his way to play football on Thursday 07/16/2015 before being converted to military trial, which adjourned the case for hearing on Wednesday 12/30/2015.