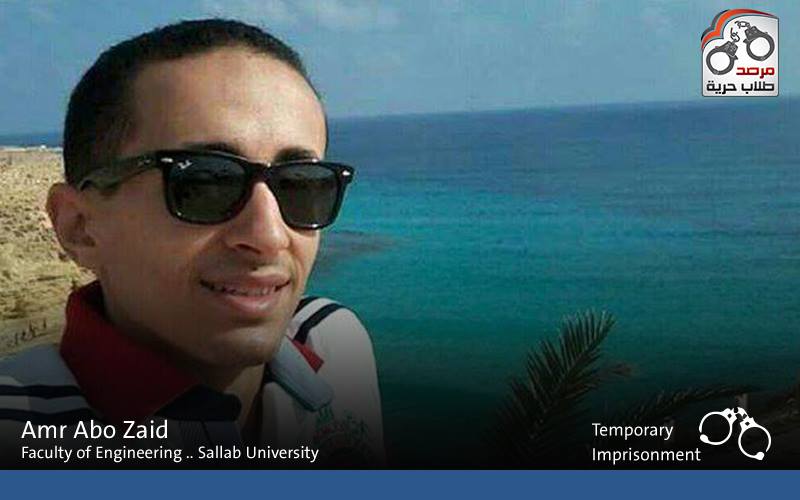 At its meeting held on Sunday 02/13/2016, Mansoura Misdemeanor Court decided to postpone the trial, to “Amr Abou Zeid,” a student at the Faculty of Engineering Elsallab private University to the next Sunday session corresponding to 02/21/2016 for a verdict.

Stating that the student is being under forced disappearance for four consecutive days after being arrested arbitrarily without security clearance or a court order reasoned on Tuesday, 17/11/2013 after his university exam and was transferred to an undisclosed location to his relatives and lawyers,until his first appearance at the mansoura first department to be brought before a public Prosecution which jailed him pending investigations,and then he was then forwarded to the misdemeanor court.

It is noteworthy that what is done against the student from arbitrary arrest without a warrant, and then exposing them for the crimes of enforced disappearance and torture to prison terms, all this is a clear violation of Articles No. (54) and (55) of the current Egyptian constitution, which criminalized the first arrest of any person without permit or injunction reasoned, as necessitated that brought before the investigation authority within twenty four (24) hours as of the time of restricting his/her freedom.’ the second, criminalized subjecting any person to be arrested to torture, intimidation or physical or psychological abuse, which is what the policy security services under the current system of Egypt violated and not be bound by it.