Continuing enforced disappearance for “Moaz Abdullah,” a student at Al Azhar University for the 13 days respectively 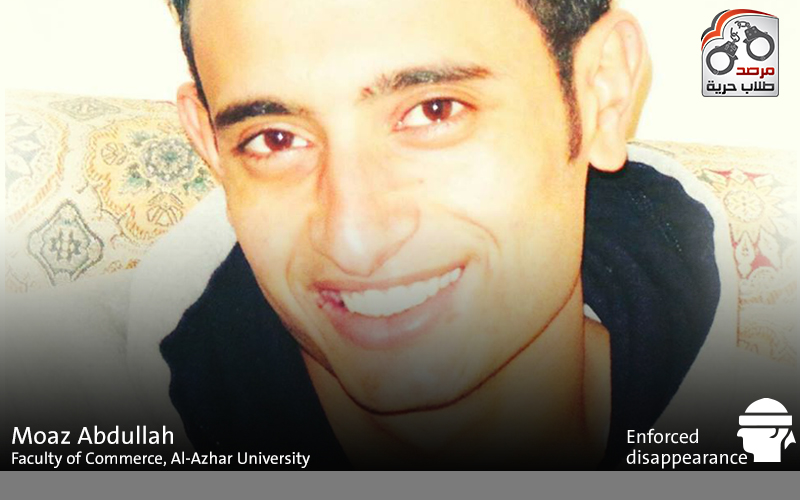 The security services of Egyptian authorities continue to conceal the place of detention of “Moaz Abdullah Sayed Tawfiq Elwady” fourth year student at the Faculty of Commerce – Al-Azhar University, who was kidnapped on Monday, February 22, 2016 by members affiliated of the security forces and then taken to an unknown destination for his family or a lawyer who could not identify his whereabouts until this moment.
It is noteworthy that what is done against the students of the offense of enforced disappearance after being detained arbitrarily without permission, is a violation of articles No. (54) of the Egyptian Constitution, which  criminalizes the arrest of any person arbitrarily without a reasoned judicial order,and the first Article of the international Convention for the Protection of All persons from enforced disappearances, which reportedly stipulating that “no one shall be subjected to enforced disappearance under any circumstances”.