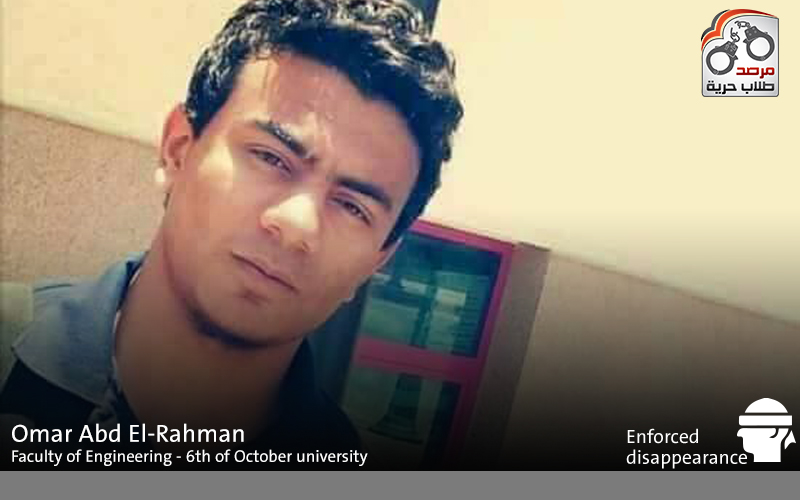 Following his arrest and forced to conceal, for a whole month by security services in the State of Kuwait, the Egyptian security forces is exposing”Omar Abdul Rahman Ahmad Yusuf,” a second year student in the Faculty of Engineering at the University of 6 October to enforced disappearances since more than four months until this moment.
And then they know that he deported to Egypt on Sunday, November 1, 2016, the student’s brother reported that they heard that his brother was detained after he arrived in Egypt at the headquarters of the state security apparatus on Lazoughly for fifty days, where they knew later that he was deported to the headquarters of the state security apparatus in 6 October city, but they were unable to see him or to document officially of his whereabouts until this moment.