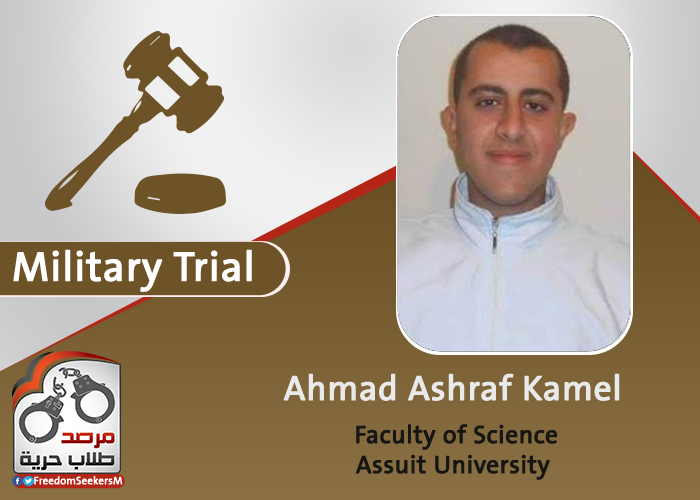 Military justice decided on Tuesday 10.03.2015 to postpone the trial of “Ahmed Ashraf Kamel ” third year student at the Faculty of Science, Assiut University, in Case No. 35 of 2015 military crimes, to tomorrow session on Wednesday, 11/03/2015.
It is noteworthy that members of the Administrative Security Assiut University and members of the private security company “Falcon” They detained the student in security room when he entered the campus, and then handed him over to the security forces in first Assiut Department,  on Wednesday, 12/10/2014 , to be viewed later to the Public Prosecution, which accused him of  several charges, which is:  demonstrating without a permit, joining a banned group founded against the law, damaging the front gate of the University of Assiut in Case No. 7849 for the year 2014 administrative first Assiut, and then released a Resolution to impersonate him pending investigations, then he was referred to the military court.