1 year sentence and 5000 pounds against a Mansoura student 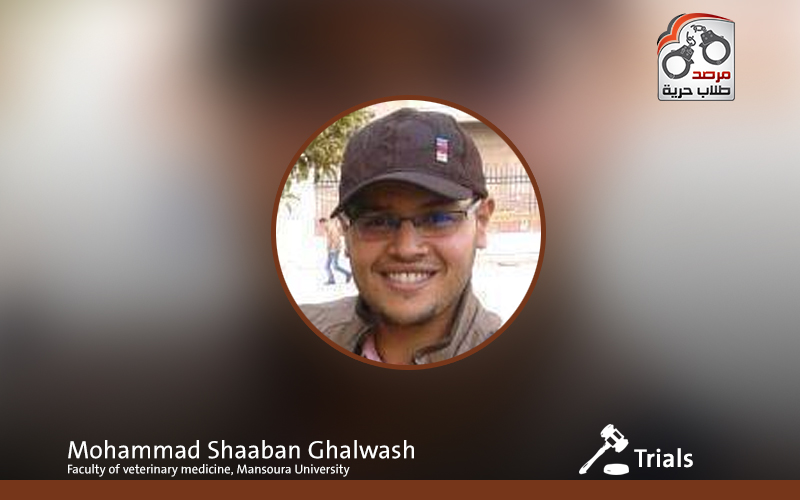 The misdemeanor court in Mansoura decided today 18 March 2015 to decrease the 2 years sentence against the student in the faculty of veterinary medicine, Mohammad Shaaban Ghalwash to only 1 year and 5000 pounds fine.

Worth mentioning that the security forces arrested the student on 23/11/204 after they broke into the University campus in Mansoura. The prosecution accused him of many charges including belonging to a banned illegal group and demonstrating without a permission. Then he was converted to the Misdemeanor court on the 28/2/2015 when he was given the 2 years sentence.