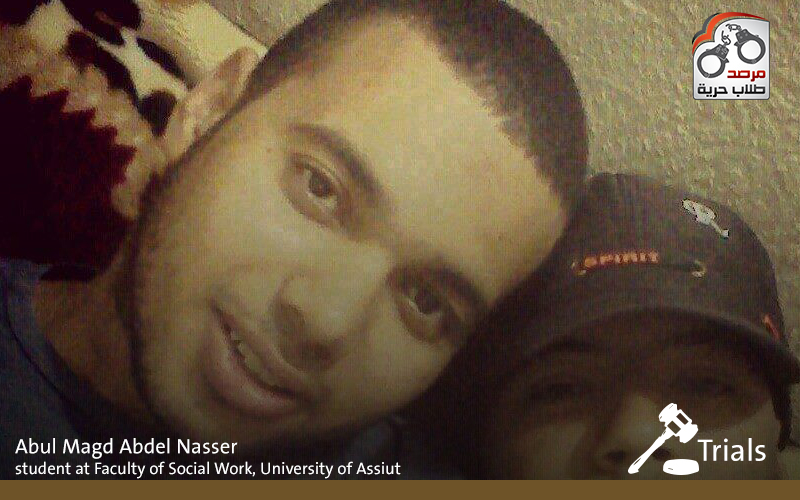 Military Court on Wednesday, March 18, 2015  sentenced “Abul Magd Abdel Nasser” to  nine years and a fine of    270 thousand pounds,  the 2nd year student – Faculty of Social service at University of Assiut, and the re-actions on the default judgment issued against him in prison for 55 years and a fine of 150 thousand pounds.
It is noteworthy that the student was arrested arbitrarily on 20/12/2014 from inside the college at the University of Assiut by members of the administrative security and the security forces, and was  forced to remain in hiding for 3 days, at the headquarters of the security forces in Sohag, and then was deported on 5-1 -2015 to Assiut prison where there he completed the performance of his exams,he has been arrested after being sentenced in absentia by a military court on several charges including: belonging to a banned group, attempting to overthrow the government, and demonstrate without a license.