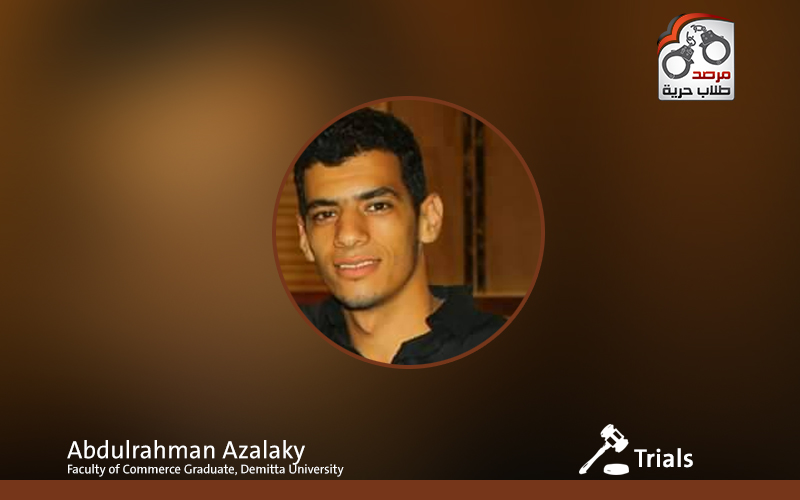 Military court in Ismailia decided yesterday Sunday 22/03/2015 to postpone the verdict on , “Abdel-Rahman Alazeky ” Commerce graduate in  Damietta University in 2014, to the next Saturday, on 03/28/2015.
It is worth mentioning that the student has been arrested arbitrarily in violation of the law on Tuesday, 08/19/2014, and submitted on behalf of Shata Damietta Military court , which is a violation to all texts and Global conventions , which criminalizes  to prosecute any civilians before military courts and to be tried before a civil court only.