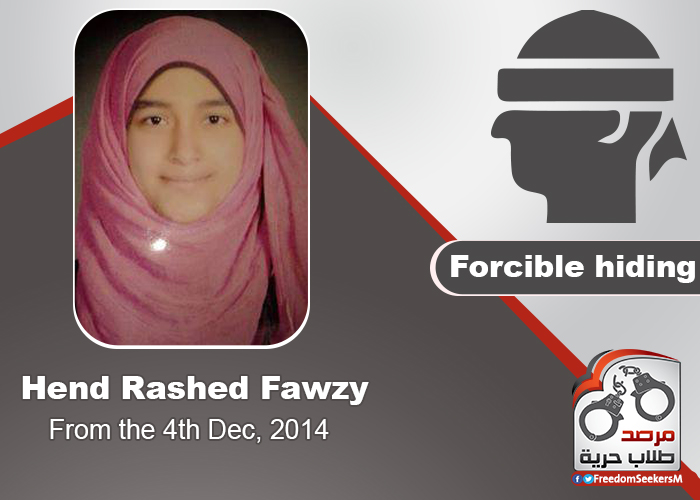 As a continuity for the series of the blatant violations committed by security forces that violate all documents and laws.Security forces continue denying the place where they detain Hend for the 62nd day.

Worth mentioning that witnesses said they have seen security forces arresting the student in front of the faculty of veterinary medicine on the the 4th December, where they took her to an unknown place until this moment.

62 days of forcible hiding provokes many questions about what the student might be facing of physical torture.  The student’s family took all the available procedures to  help finding the student as well as they provided a claim to the general prosecutor to know where is she. They have posted an advertisement in Al Ahram newspaper and they claimed a record with number 13872.