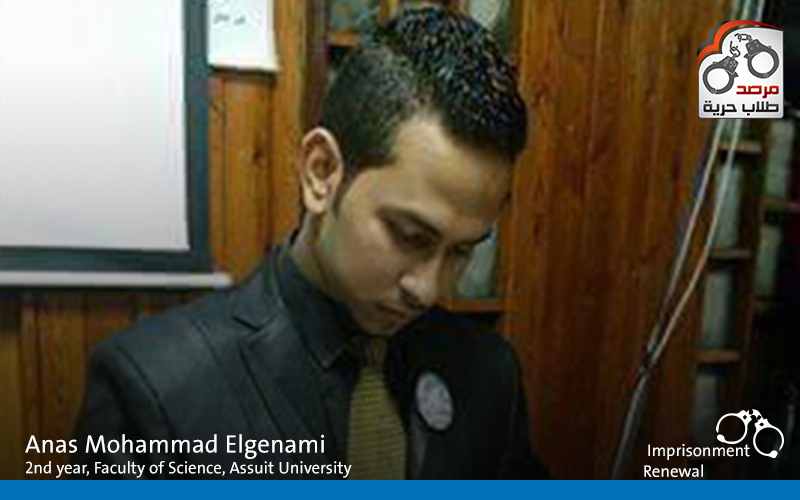 - Ruled on behalf of a second Assiut on Saturday 17/10/2015 to remain in custody “Anas Mohammed Hassan Aghannama” second year student, Department of Geophysics, Faculty of Science – University of Assiut, for a period of fifteen days pending investigations.

Recalling that the student had been detained arbitrarily contrary to all laws on Wednesday, 03.06.2015, after the student finished his oral sports exam and disappeared since that time, news was told according to his family that he was hidden in the  headquarters of the National Security, to appear after that for 6 days where he was subjected to torture , in violation of all the rights and laws that criminalized violence to any person in any derogatory violations of his dignity even if he is a detainees.

And then he was accused by the public prosecutor with several charges, including joining an outlawed group, to spend fifteen days pending investigations.