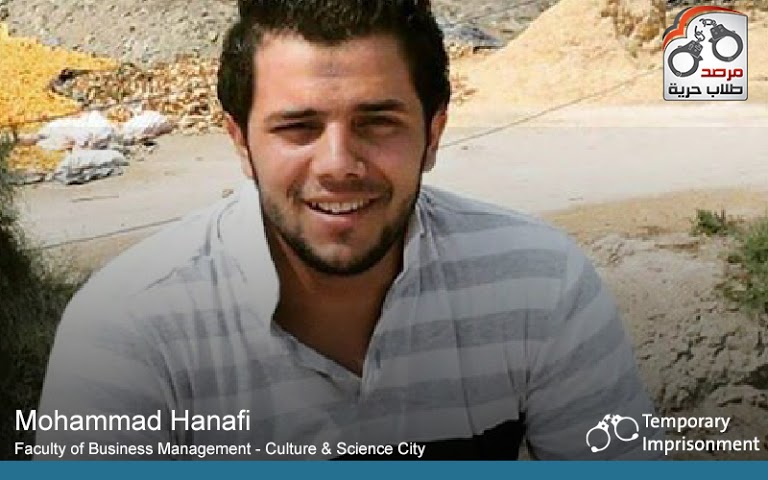 Decided on behalf of Sheikh Zayed court on Thursday 04/16/2015 to  remain the student ” Mohammad Hanafi” first year student at the Faculty of Business Administration in City of Culture and Science,  for four days in the first appearance of the student, “Mohammad Hanafi” and after hiding him by the security forces forced more than a week.
It is worth mentioning that the student has been arrested arbitrarily detained in violation of the law on Thursday, 09/04/2015, after Egyptian security forces stormed his home and arrested him and his brother, “Abdel-Rahman Hanafi” Engineering student at the Institute of the pyramids at the Sixth of October, which has been remained in custody on Monday for 15 days.