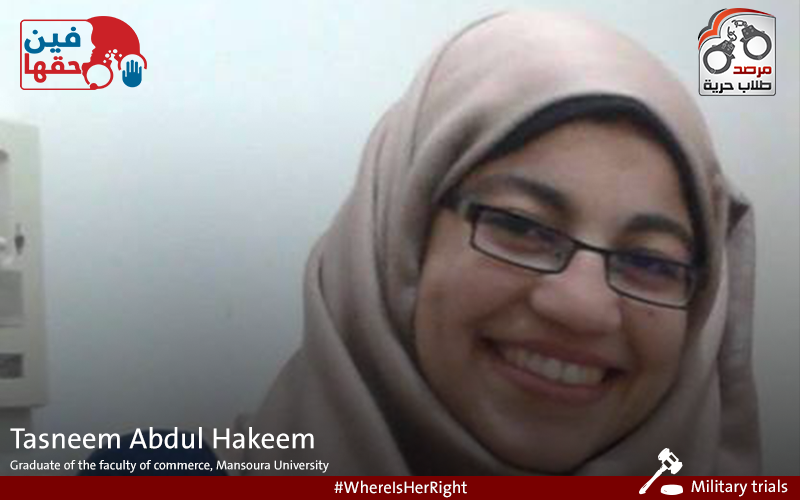 The military court in Mansoura ruled yesterday Thursday 05/07/2015 to sentenced to three years on “Tasneem Abdul Hakim” a graduate of the Faculty of Commerce Mansoura University, and a fine of 50 thousand pounds, on charges of  : burning police car, protesting without a permit, and the infringement of the security personnel, of the record number in 8451 for the year 2014.

It is noteworthy that the security forces arrested the student randomly arbitrary contrary to the law of the perimeter of Mansoura University on 30.04.2014, where she was detained in a Police Club opposite the University for several hours during which she was beaten by security personnel, to be detained later & jailed in Monia El-naser prison, then she was released after being jailed 50 days pending investigations ,till her case were refered to the Military court at the beginning of April in absentia.