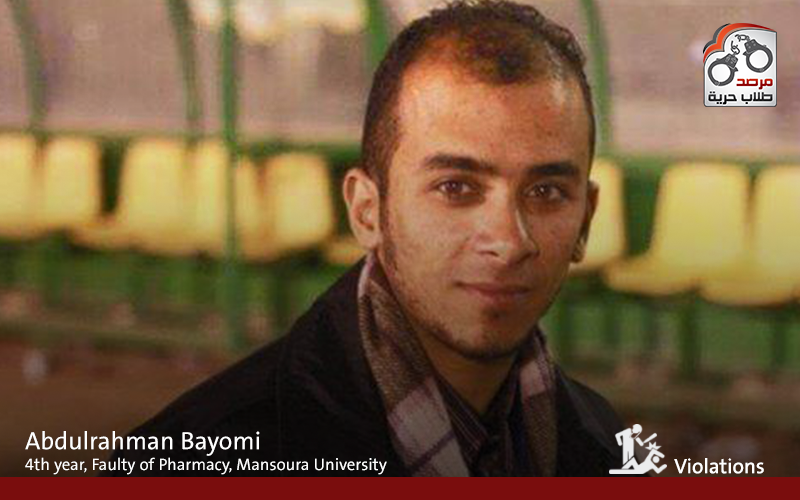 Abdulrahman Attiya Bayoumi”, a student at the Faculty of Pharmacy Mansoura University, which his case papers had been referred to the Mufti, last March, and who was refrained from”Abu Zaabal” prison management to  be deported to public Mansoura priosn to perform his exams as was planned.

Worth mentioning that the security forces arrested the student arbitrarily from the airport when he was travelling to his family. He was forcibly hidden for 13 days when he found all types of torture in the security forces campus in Cairo, where his health condition went bad.

The prosecution accused the student of starting with killing civilians, targeting security and military targets, exposing the safety and the security of the society to danger, sneaking to Gaza, getting military training by Qassam and meant killing the reason why he was turned to the felonies court, then he was moved to AL Aqrab high-security prison.He is still detained there till now except the time of the trial sessions.

We condemn this violent security policy that violates human right in living without a clear charge or a crime.