Enforced Disappearance for Sallab University Student for the 6th day in a row. 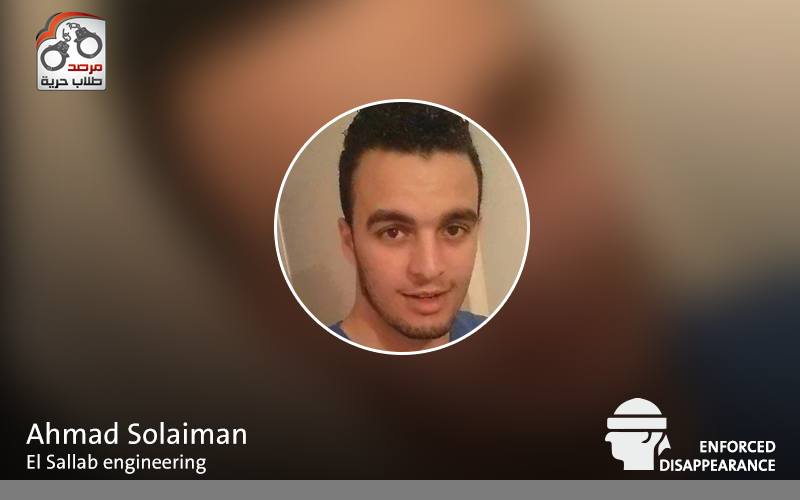 Security forces kidnapped “Ahmed Suleiman,” engineering student at Sallab university, on Thursday, 07.02.2015, where he is forced hidden until this moment, it is worth mentioning that it is the second time for the arrest of the student where he had been released some time ago after he was arrested onMarch 2014.
Arbitrary arrest followed by enforced disappearances periods may exceed months, and violation of all human rights recognized both locally and internationally laws, and “the freedom of students Observatory condemns the continuation of such systematic violations and the escalating which violated all international texts that criminalized force hiding any person for more than 24 hours, as stipulated The current constitution, in article (54) that “the natural right of personal freedom, shall not be touched, except in the case of flagrant derelict, no one may be arrested, searched or, or imprisoned, or freedom restricted except by a causal judicial warrant required by the investigation. And it shall be notified immediately of all restrict the freedom of the reasons for that, and surrounded his rights in writing, and must connect his family and his lawyer immediately.