To postpone the retrial of “Marriott cell case” to 28th of Aug session. 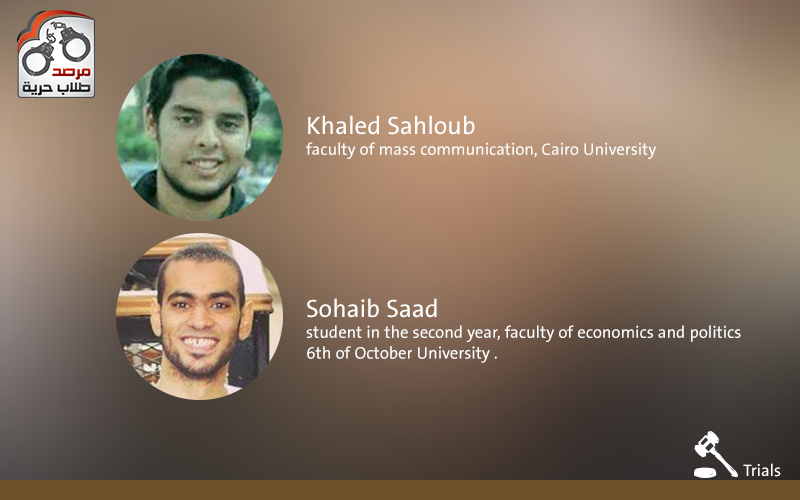 The felonies court in Cairo held in the police academy in Torra, decided today 2-08-2015 to delay the repetition of the trial of Khaled Mohammad Abdul Raouf, knows as Khaled Sahloub, the student in the faculty of mass communication in Cairo university, and Sohaib Saad Mohammad Mohammad, the student in the faculty of politics and economics, science and culture city in 6th of October to 28-08-2015 session.

Sohaib was released before on the 21/2/2015 with another student called Shady Abdul Azeem but Sahloub was locked for investigation in other cases. Sohaib was illegally arrested again on 1/6/2015 from Korneish El Maady, and he was disappeared for 2 weeks then he appeared again in Torra.

The three students were arrested and disappeared in the beginning of January 2014, they were first taken to Al Mokattam police office then they were led to an unknown place where they were tortured and beaten to confess that they work for Al Jazeera network. Then they were taken to Al Aqrab high-security prison.