The Release of 6 Damnhoor University Students. 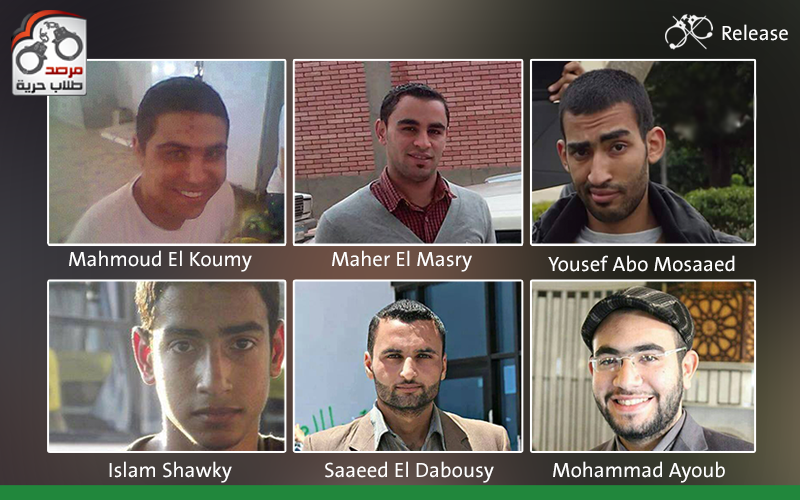 Damanhour Criminal Court Ruled yesterday Wednesday 09/09/2015 the release of six students at the University of Damanhur, and that on their pending case and a financial bail of 10 thousand pounds each, the names of the students and their data came as follows:

The security forces arrested the six students on Thursday, 29.01.2015 arbitrarily against the law without permission or a court order reasoned, the student’s “Said Dabbousi” were arrested from his home and taken to an unknown location where they remained under enforced disappearances nearly a week, proved later that he was severely tortured to force them to confess to certain charges, and on  Thursday 02/05/2015 they were brought before a public prosecutor who charged them with: terrorism, and cutting off the highway towards the Rapid agricultural Damanhour road, and then ordered their detention pending investigations , where he continued detention at the headquarters of “Damanhur” police department then issued the decision on Wednesday of their release at the disposal of the case.