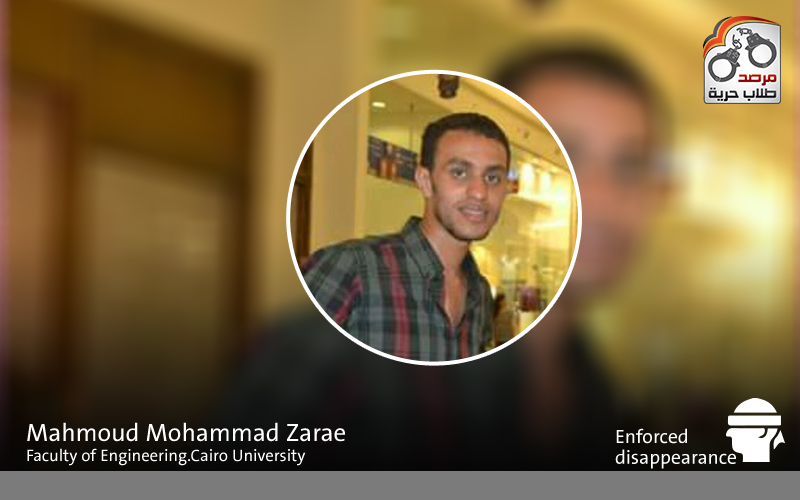 Enforced disappearances is a big crime against human rights but the security forces in Egypt insisted to commit against students is provisions of domestic and international law that criminalize it, and perhaps the state of “Mahmoud Mohamed Zarea” student at the Faculty of Engineering Department of Urban Planning at Cairo University, the biggest proof of this, they have been kidnapped sixth of October City on Sunday, 08/09/2015, and the security forces took him to an unknown to any of his family or his lawyer who filed many of the communications and telegraph to the Attorney General and Ministry of Interior without response.

What happened to the student is a clear violation of the second paragraph of Article I of the International Convention for the Protection of Persons from Enforced Disappearances, which stipulates that: “it may not be invoked in exceptional circumstances whatsoever, whether a state of war or a threat of war, internal political instability, or in any case an exception the other, to justify enforced disappearances “.