Enforce Disappearance for Mansoura University Student for the 5th day in a row. 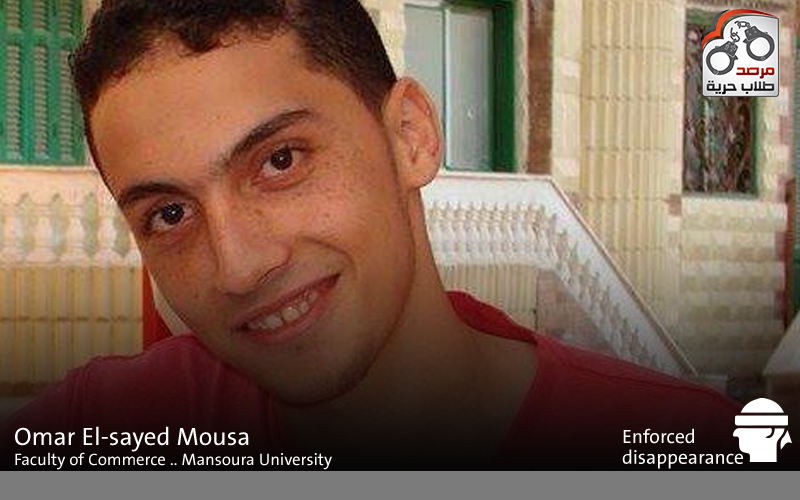 A continuation of the repressive policy by the security services of the Egyptian authorities against the current university students, security forces continue to hide , “Omar Moussa” student, Faculty of Commerce Mansoura University for the fifth consecutive day.

It is reported that he was arrested at dawn on Friday, 10/16/2015, where security forces broke into his home and arrested him arbitrarily without permission or a court order reasoned and took him to an unknown location.