Imprisonment Renewal for MUST university student. 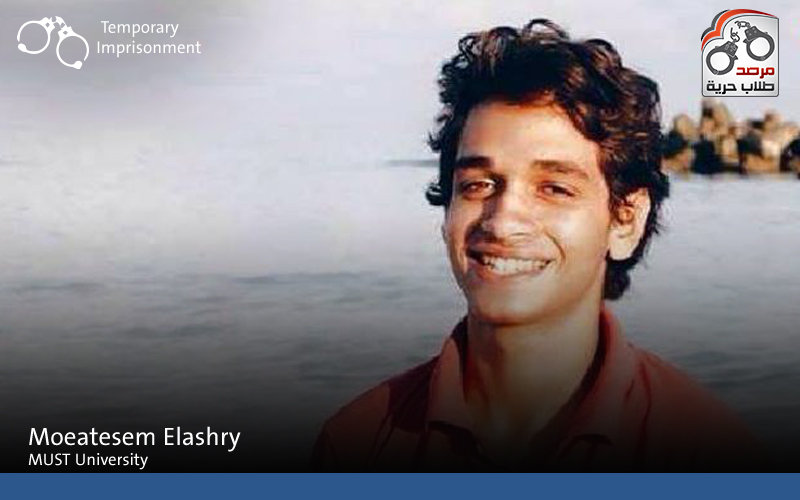 Decided today by the Supreme State Security Prosecution to remain in custody Mutasim Asharay second year student at the Faculty of Business Administration Misr University for Science and Technology on pending investigations further 15 days, it comes after he was forced hidden for twenty days before being presented to the public prosecutor on 10.24.2015 and was imprisoned for 15 days.

It is noteworthy that the security forces had arrested the student on Saturday 10/3/2015, arbitrarily contrary to the law without permission or a court order reasoned, and then took him to an unknown location to any of his family or his lawyer, the public prosecution after his appearance charged him with numerous charges including: belonging to Ansar al-Bayt al-Maqdis, then ordered his imprisonment.

It is worth mentioning that this second time to arrest the student, where he was arrested the first time on Thursday, 01.22.2015, then presented to the Prosecutor’s Office, which ruled his imprisonment on several charges, including: demonstrating without a license, and joining an outlawed group, cracking bus, where he was held in Abu Zaabal prison nearly seven months then Cairo Criminal Court held in the 5th compound ruled on Tuesday 08/11/2015 the release of the student, on bail amounted to five thousand pounds.