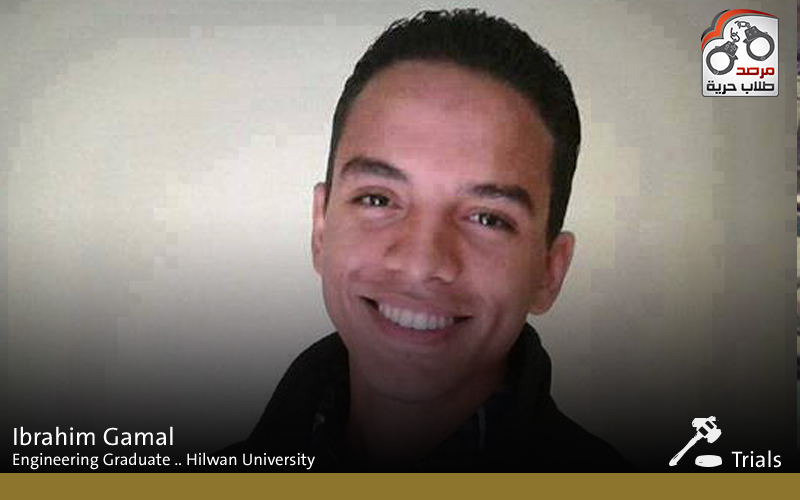 It was ruled by South Cairo Court in Zeinhom area on Saturday 12/11/2015 to postpone the trial 0f “Ibrahim Gamal “, a graduate of the College of Engineering, Helwan University in 2014, and former spokesman for the “student movement against the coup” against the current system, to the session of November 28.

The security forces had arrested him from his home along with a group of students arbitrarily at dawn on Saturday, 11 -10-2014, in the context of arbitrary arrests carried out against the students in the forefront of the academic year last semester , and took him to an undisclosed location for any of his family or his lawyer, and was under forced hiding for several days until noon at Dar es Salaam Police Department, where he was then presented before the Public Prosecution who accused him of several charges, notably: the leadership of the movement against the current regime, and joining a banned group, as reported to us from his family that he had been tortured after his arrest to force him to confess to charges he did not commit.