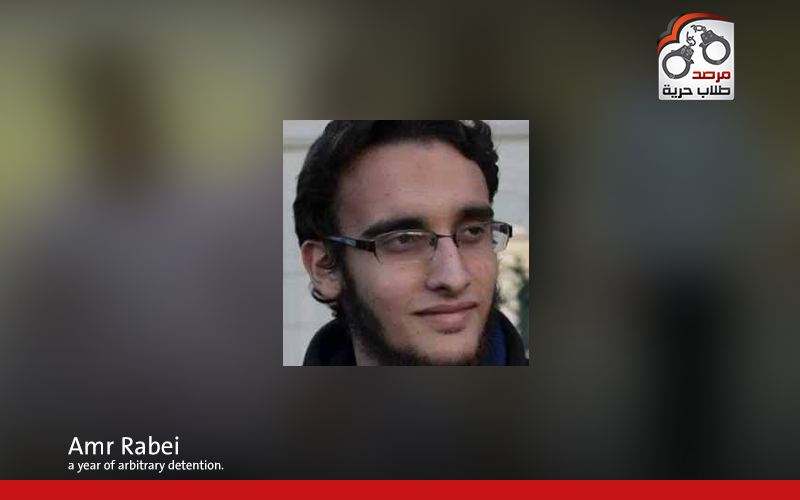 Today, the 11th March, the exact day that the student Amr Mohammad Morsy, also know as Amr Rabie was arrested on last year from Ramsis square by security officers and others wearing civil outfit.

Arresting the student was a mere beginning to the series of violations that he suffered. He was taken to an unknown place and he stayed forcibly hidden for 70 days where he suffered all types of physical torturing including electric shocking all around his body.

Throughout his disappearance the student moved among a number of bad reputed prisons that is known how the detention places are bad and how torture is severe. He started the journey from AL Azouly military prison in Ismailia then he moved to Al Aqrab high security prison.

His first appearance was enough to tell what he is facing as he appeared with a misplaced shoulder and torn clothes to meet the charge of belonging to Bayt El Maqdis.

Among what the student is facing we have got new that his father passed away and security forces were stubborn to allow the student to attend his father’s funeral which is considered a blatant violation against human rights.

The student’s case isn’t the first case but it is a part in the series of violations starts with “arbitrary detention, enforced hiding, torturing”. These are the gifts presented by security forces to arrested students, Also, they accuse them with many illogical charges without any proofs against the students. That is why we ask the Egyptian authorities to change this policy and investigating the cases they are accused in again.