Forced for disappearance for Engineering student 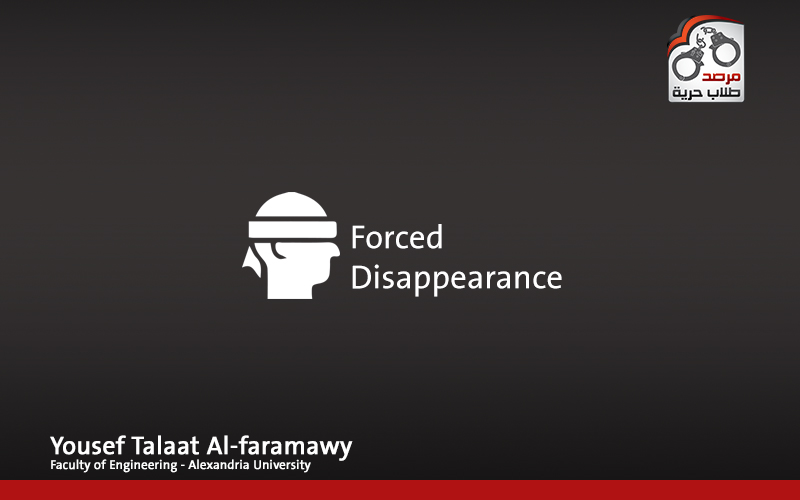 The current system of security forces kidnapped “Youssef Talaat Faramawi” student at Faculty of Engineering, Alexandria University, on the first on Monday, 03.09.2015 after he left from the college, and until that moment.
It is worth mentioning that the security forces had gone to the home of the student the night of his arrest, has also break down the contents of the house and arrested one of his neighbors, while there were reports of people with the student stating his presence in fourth floor at the headquarters of security in Alexandria Directorate, which is called by the activist  on social networking sites “fourth floor skinning , ” which exercise a systematic torture on Detainees there.

This was a result of continuation of series of violations pursued by the security against the Egyptian universities and institutes students by arbitrary arrests, followed by enforced disappearances and torture for the duration of concealment, which is contrary to all international laws and conventions.