Postponement of the military trial of two students in Mansoura 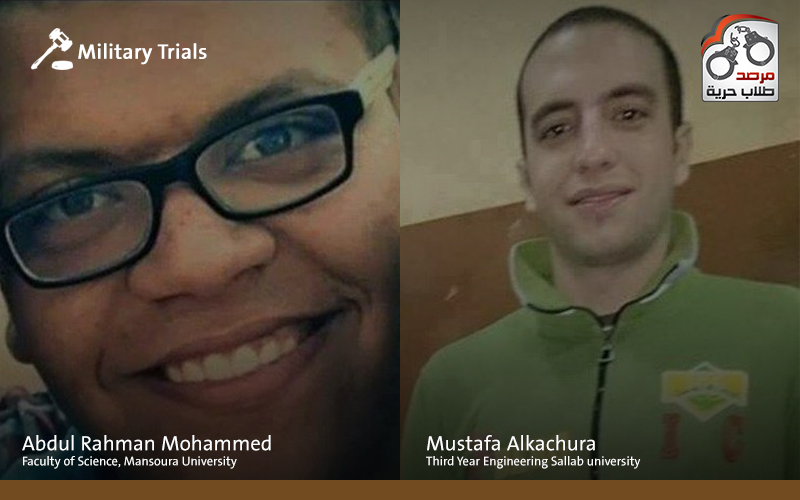 States that the students have been arrested from their homes in Belqas arbitrarily illegal without permission or a court order, on Sunday, 11/02/2014, then they were presented to  public prosecutor who accused them with several charges including: belonging to a banned group founded against the law,  then they were  jailed pending investigation, then the case were  refereed to a military judiciary, in the first of January.