15 days imprisonment for a graduate from Kafr El Sheikh University 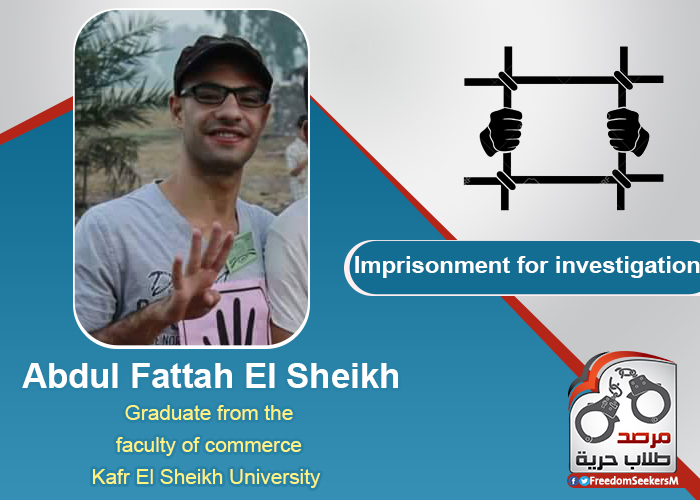 A decision came out on the 24th Jan 2015 to imprison Abdul Fattah El Sheikh, a graduate from the faculty of commerce, Kafr El Sheikh University for more 15 days for investigation purposes.

Worth mentioning that the student was arbitrarily and illegally arrested from one of the streets of the governorate on 23rd Jan 2015 after one of the protesting demonstrations against the current regime. The prosecution accused him of some charges including demonstrating. Also, he was detained in Desouk police office.