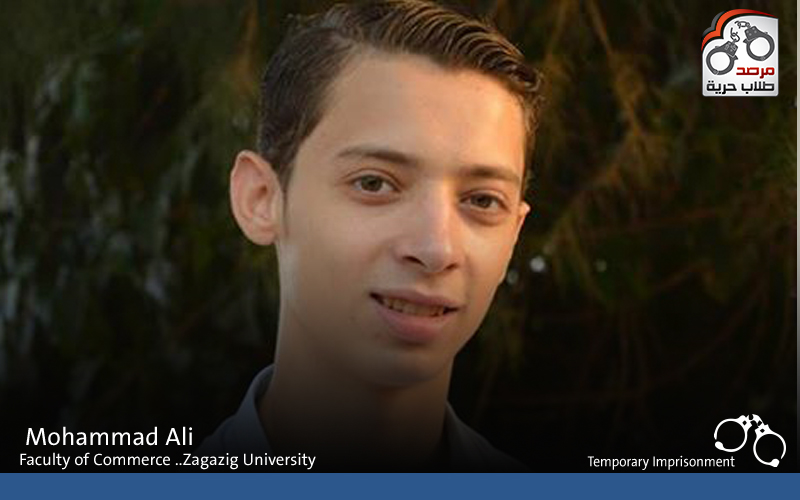 Two days after the enforced disappearance, Abu Kabir prosecution decided on Thursday 07/10/2015 the imprisonment of “Muhammad Ali” first year student at the Faculty of Commerce Zagazig University, for a period of 15 days  pending investigations.

The student had been arrested arbitrarily from his home without permission or a court order, and that on Monday, 05/10/2015, and then he was taken to an unknown destination, his 1st appearance was on  Wednesday 7/10/2015 to be presented to the public prosecutor who accused him of several charges, notably: demonstration without a permit, and joining a banned group , record number 4783 to 2015 Abu Kaber Administrative, and then the decision was made to imprisonment him  pending investigations.