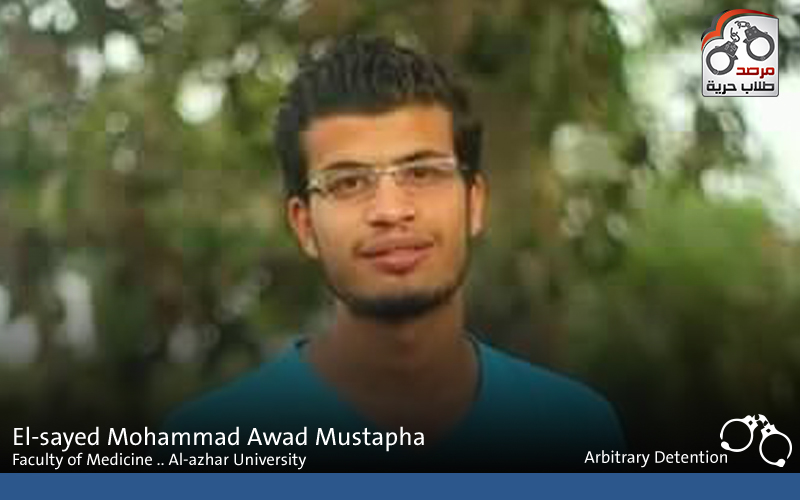 Security forces on Monday at dawn, 19/10/2015 arrested ” El-sayed Mohamed Awad Mustafa” 5th year student at the  Faculty of Medicine of Al-Azhar University arbitrarily without permission or a court order.