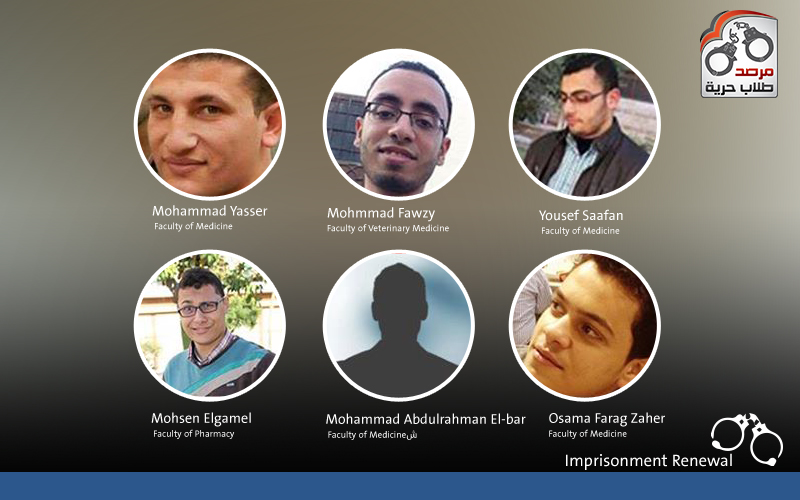 - Ruled on behalf of  second public Mansoura prosecution on Monday , 09.11.2015 to remain in custody for six university students 15 days pending investigations, came the names of the students and their data as follows:

It was mentioned that the students were arrested on Tuesday, 15-9-2015, from one of Almansoura’s sports clubs, while they were playing football, to lead them to the second police station of Almansoura. They were exposed to the prosecution the second day, which charged them with: planning for demonstrations against the system for the next academic year and establishing a terrorist group. They were detained under the background of these charges.

It is worth to mention that the students’ detention came as a violation of all the international charts for freedoms and rights, especially, the second and third articles of the Universal Declaration of Human Rights, which states that “Everyone has the right to life, liberty and security of person” and “No one shall be subjected to arbitrary arrest, detention or exile.”