Postponing the hearing of the appeal on the verdict issued against Faculty of Pharmacy student. 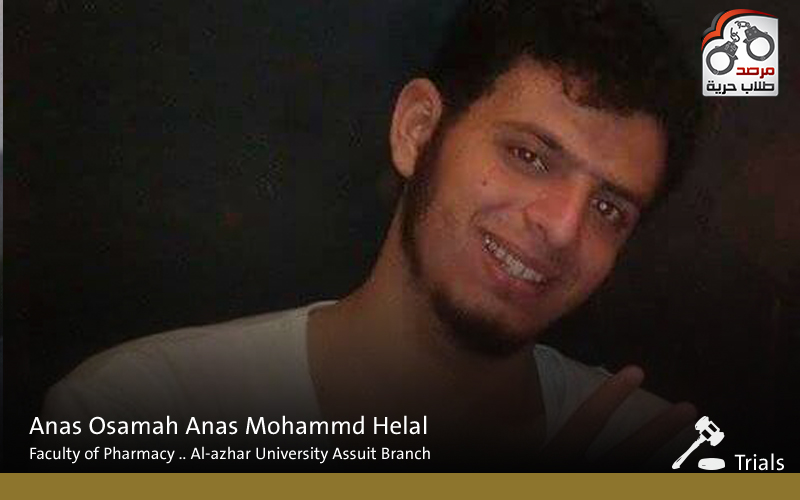 Ruled by the resumption of Eastern Court to postpone the hearing of the appeal on the sentence against “Anas Osama Anas Mohammed Hilal” 1st year student at the Faculty of Pharmacy, Al-Azhar University, Assiut branch of imprisonment of five years and a half after he was arrested arbitrarily without security clearance or a court order reasoned after storming his house in Tuesday 01/09/2015 to session next Thursday, 12/24/2015.